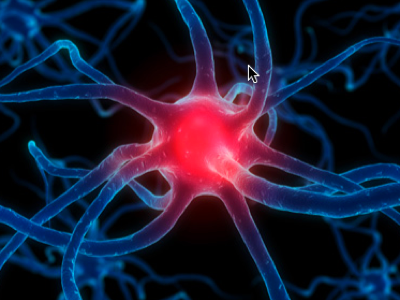 Neonatal seizures, also known as neonatal convulsions, is the most prominent (and the most horrific) neurological dysfunction in the neonatal period (first 28 days of life in a full term baby). The susceptibility of developing neonatal seizures is quite high during this period, particularly within the first week from birth. One of the predominant reason of these seizures at such an early age is the still- developing brain that enhances excitation and curbs inhibition.


Characteristics
Neonatal seizures are quite different from the seizures that occur in older children and adults. Seizures in neonates are often fragmentary and most of them are for a short span, lasting for a few days. They are relatively common, with variable clinical manifestations. However, seizures are more often an indication of serious neurological malfunction and might also predict long- term cognitive and developmental damage.

Symptoms
Identification of neonatal seizures is very difficult, yet critical. Even normal babies exhibit sudden brief jerky movements (The Moro reflex), jitters, glares and certain mouth movements which are quite similar to behaviour of infants with seizures.
An affected baby may have jerking/stiffening of his extremities that can alternate from one side to the other, or may involve the whole of upper body. It could be accompanied by change in facial expressions, breathing, and heart rate. Although, absence of response in newborn is crucial in the diagnosis of seizures, it is often unnoticed by parents.
Subtle seizures are more common in full- term babies as compared to premature infants.

A video on Neonatal Seizures

Diagnosis
Neonatal Convulsions is one the very few neurological emergencies that requires urgent diagnosis and management. An epileptic diagnosis is suspected if –
If suspected, polygraphic video- EEG recording of abnormal events is performed by specially trained pediatric neurologists to confirm the diagnosis.

Management and Treatment
Underlying cause of the neonatal seizures of metabolic disturbances should be cured accordingly rather than treating them with anti-epileptic medication. Physicians and experts follow different drugs for the treatment of neonatal seizures and the practice is highly empirical. Some effective antiepileptic drugs( AED) commonly used in neonates are Phenobarbitone and phenytoin, Fosphenytoin and Benzodiazepines.
A larger dose in the starting, followed by a regular dose of AED is recommended. Absence of any repeated episodes of seizures and a normal EEG report later, may encourage discontinuation of the treatment.